He is the main protagonist of Saki Hasemi's To Love-Ru series, as well as its sequel, To Love-Ru Darkness.

Rito is kind, loving, sweet, loyal, friendly, humble, caring, a gentleman (in principle), and is willing to help out almost anyone when they need it, even if they say they don't want or ask for it. He is virtuous, righteous, and withholds an incredible deal of respect towards others that surpasses his own idea of self-worth. He is courageous and persistent enough to risk his life to protect his friends well being, like when he protected Lala from her strong bodyguards or the hitman Black, saved Haruna from Ghi Bree and stood up to his deceptively monstrous form, traveled to a dangerous planet to find a cure for Celine when she was sick, and tried to save Rin from Bladix's control and broke her free from it, nearly having his own mind being taken. Despite whatever struggles may come his way, he never gives up on those in danger. For these reasons, Lala stated that he's "the most dependable person in the Universe". Rito would also help out those who dislike him, such as Yami, like when she was sick from over-using her powers and he carried her to Mikado's clinic. He has also shown his sympathy for her when he learned of her past, and expressed anger towards the organization that created and raised her to become a weapon, going as far as to say he will never "forgive them".

Being a normal boy, though, he initially can also easily and somewhat frequently lose his temper and snap at people when annoyed by their actions or words, even when he doesn't mean to. At first, he has shown to be angry and upset with Lala quite often, since he does have to put up with a lot of her hijinks, and even punched Ren in the face for thoughtlessly ruining what could have been a moment between him and Haruna, as well as for accidentally kissing him. His humble nature, in turn, can often have low self esteem about himself, building off of his rare short fuse. He rarely gives himself credit for his good deeds, tends to dwell on his mistakes more than anything when sad, hardly ever speaks up for or voices himself and, in general, doesn't do anything to truly stand up for himself.

His personality as a kind and loyal friend makes him quite trustworthy, and very persuasive which enables him to sway and befriend other people. Girls tend to feel a certain "warmth" when close to him or when he comforts them. He is a very charismatic person, always trying to make people feel better and understand others' points of view and changing it to a more positive outlook. He cares for plants and animals, as shown when he was the only one who didn't neglect to care for the school flowers, and when he rescued a cat from a tree, both of which persuaded Haruna and Yui that he is really a kind person.

Unfortunately, while girls appreciate and cherish his innocent nature, his innocence is arguably one of his worst traits. He rejects sexual pleasure often due to his nervous and celibacy-filled nature towards it, and he easily loses his composure around provocative situations being pushed into his face due to a moral sense of chivalrous respect for the opposite gender. As a result, he has grown to become very clumsy and shy around women, often getting flustered when faced with sudden upfront, erotic situations either out of guilt, unsure panic, confusion, or all three. And due to his unique clumsiness, his flustered reactions always lead to accidentally violating them in absurdly over-the-top ways. For these reasons, he is either regarded by other girls as an innocent boy and suitable love interest, or as an insolent boy and 'pervert', though never anything worse than this.

While sleeping, Rito acts as what Momo describes as a true "Harem King". He has dreams about ice creams and marshmallows, and starts to grope and lick those who are sleeping next to him (mostly Momo), thinking them as marshmallows and/or ice cream. He even was about to kiss Momo, bust she stopped him telling him that their first kiss must be of his free will.

In Motto To Love-Ru

In To Love-Ru Darkness

In To Love-Ru Darkness 2nd

This section is about Rito's skills and abilities in the To Love-Ru and To Love-Ru Darkness series. 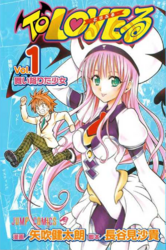 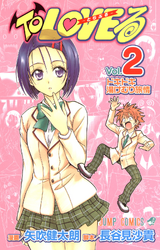 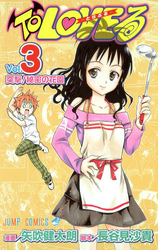 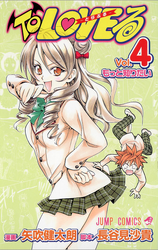 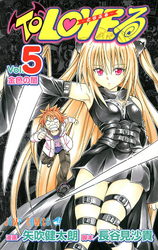 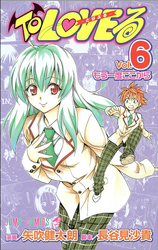 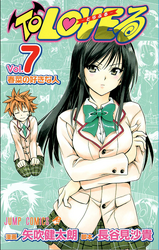 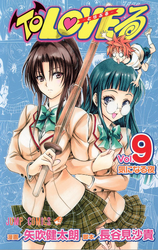 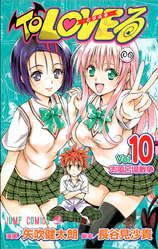 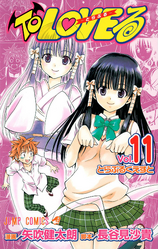 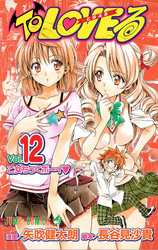 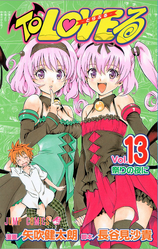 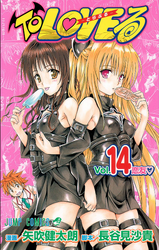 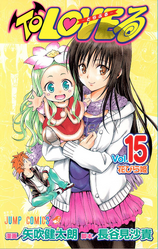 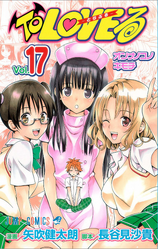 Rito (and Sawada, Oshizu and Risa) on the cover of Volume 17 of the original manga 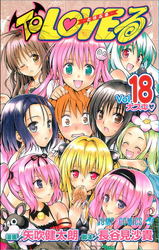 Rito (at the center) along, Lala, Haruna, Yui, Run, Momo, Nana, Mikan, Celine and Yami, on the cover of the last 18th Volume of the original manga 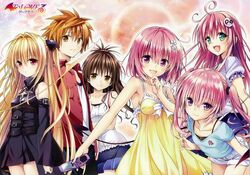 Rito, along Yami, Mikan, Momo, Nana and Lala, on a cover artwork for To Love-Ru Darkness 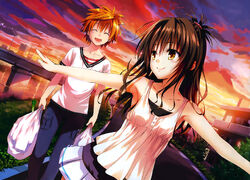 Rito, and Mikan, on a cover artwork for To Love-Ru Darkness 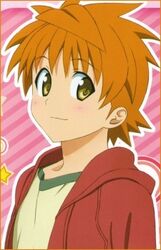 Rito, as he appears in To Love-Ru OVA

Rito is found by Mikan as Riko

Rito during his visit to Yui's house 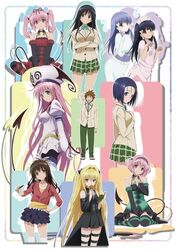 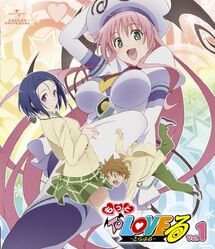 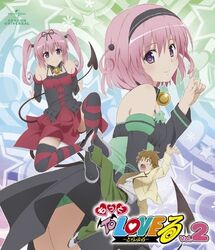 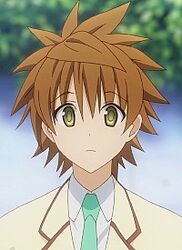 Rito, during episode 1 of Motto To Love-Ru

Rito and Momo playing a video game, with Mikan barging in

Rito is surprised to hear that Haruna will be sleeping over

Rito checking up on Mikan

Rito and Momo fearing about the Taiyaki soup being poisoned

An unconscious Rito after being protected by Yami

Rito being held in a lock by Nana (in Momo's body)

Rito being strangled by Yami

Rito next to Yami

Rito being attacked and chased by Yami (again)

Community content is available under CC-BY-SA unless otherwise noted.
Advertisement